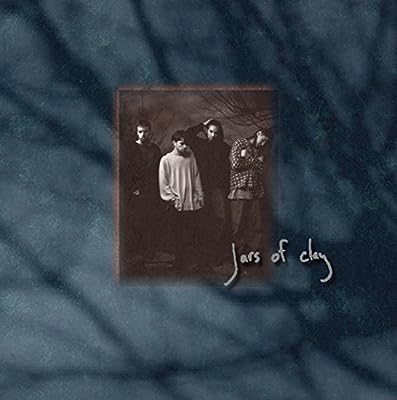 Jars of Clay is the first full-length studio album by Christian rock group Jars of Clay. It was released on October 24, 1995 by Essential Records. The album has been highly acclaimed, being one of few Christian albums of the mid-1990s to achieve platinum status. As the group's debut album, Jars of Clay introduced many internationally to the group and established the group due to their distinctive style. Jars of Clay's eponymous first full-length album is characterized by a combination of drum lo...

Put all labels seen on the package, cd.
Online websites are not printed on package so they don’t count.

thought so i’m just trying to clean up some music

Wikipedia and Discogs next.

Shops are bottom of the heap and rarely to be trusted. Especially places like Amazon when selling second hand CDs as those are often uploaded by random users and not always as well detailed as they should be. Or an alternate release is attached to the wrong version.

If you don’t actually have that actual release in hand it is hard to go back and add a label to it. You don’t know how many editions really exist.

The biggest headaches with labels are when an album is 40 years old and constantly popular. With all the changes in the ownership of the various record labels it is not uncommon to see an album move through many labels over the years.

I think some of your religious disks are also suffering in a similar way. The original release label can fold for various reasons and their catalogue be sold to another who then re-issue the CD with a small change to the label on the back.

Or a different label is used to sell in Europe, Asia, etc.

The weirder the source of the label change, the more to document in the edit note.

yer i changed all but one because they were all the same year someone had added the album art to one and it was the same album art that was on amazon the artist has changed label now if they were on bentwood music because it was shut down in 2001.

The back cover shown on amazon seems to be partly obscured by a barcode (sticker?) . It may have also have the Essential Records name/logo on it, it’s impossible to say.

When there are multiple releases, make sure you are working with the correct one. The covers displayed on Amazon may correspond to a different release. Sometimes it helps to go look at editing history.

Based on history and annotation, this release was created for the Canadian release on Silvertone records (the linked discogs entry still shows that data). Years later, a different editor added a release event corresponding to the US, Essential Records version. Rather than changing that to Brentwood, I think it would be better to convert it back to the Canadian release (assuming you can figure out which of that data actually belongs to the Canadian release and which doesn’t).

how do i see see the history for an album. i want to that way i can look at the notes on an album but i’ve asked before and only got a vague response

im putting the albums back to what they were before i touched them from what i sees with a little more research is (according to the wikipedia) thay signed with Essential Records and were later moved to Silvertone records. Silvertone records was the distributor for the album

Discogs even shows some releases that are dual branded as both Silvertone and Essential (see the cover art for: https://www.discogs.com/Jars-Of-Clay-Jars-Of-Clay/release/5655172 for example). That’s an example where multiple labels are appropriate on an individual release.

yep thay releasd on both in 1995 but on 2 difrent dates
https://books.google.com.au/books?id=Tw0EAAAAMBAJ&pg=PA9&lpg=PA9&dq=Silvertone+Records+jars+of+clay+Billboard&source=bl&ots=gsUXgR2AN1&sig=ACfU3U0F_vlLQFBx-Cew44tTXdUCNN7o3w&hl=en&sa=X&ved=2ahUKEwi5m5OZwY3iAhUY6nMBHbLOBfEQ6AEwCHoECAkQAQ#v=onepage&q=Silvertone%20Records%20jars%20of%20clay%20Billboard&f=false

In case of label I’d even say whatever is printed on the CD/record label is even more important than the additional information on the cover.

If the CD has a label code (LC) you can simply look it up and eliminate all doubts.