Two questions, the first question should these two be one artist, the second question how should i set it out 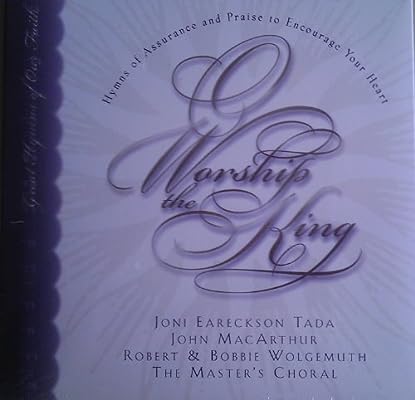 Robert Wolgemuth is a best-selling author and Former Chairman of the Evangelical Christian Publishers Association. Wolgemuth has authored over twenty books and has been in the publishing business for more nearly forty years. Five of his books have received Silver Medallion Awards from the Evangelical Christian Publishers Association. His best-selling books include She Calls Me Daddy and The Most Important Place on Earth. He currently heads the literary agency Wolgemuth & Associates, Inc., which ...

Parents of two daughters and grandparents of five, Robert and Bobbie Wolgemuth are the authors of more than 20 books. Robert’s bestselling titles include She Calls Me Daddy, the notes to the Devotional Bible for Dads, and The Most Important Place on...

so would you leave the & there if they are separate or replace it with , other wies it will ben Robert & Bobbie Wolgemuth & The Masters Choral

You may find this style guide helpful, especially “Artist credits should generally follow the actual credit used on the release / track, including the join phrases” and “If the release has no join phrase for multiple collaborating artists, but just lists them all separated by whitespace, use the default join phrases (an ampersand between the last two artists, and a comma between the others).”

I think the litmus for making a single artist vs multiple artists out of a duo like that, credited by name, is “are they usually credited together / do they usually operate as a group” (having trouble finding that but it’s in the guidelines somewhere), which in this case I would say is a yes. Compare to husband and wife duo Robin & Linda Williams.

Be sure you’re not confusing the artist credit, which is generally what’s printed as the track artist, with the performers, though. Performers can be sourced from anywhere, as long as there’s convincing evidence, and should be added with relationships, preferably to each track. See this release, where the artist credit is The Hopeful Gospel Quartet but Robin and Linda Williams are credited as performers (and note they are credited individually, just like you would credit separate members of a string quartet).

If they all sing in each song, you should add them as performers to each song. Although also note the release-level relationships on the release above, which is what you do if it isn’t clear which specific tracks that artist performed on.

i just created Robert & Bobbie Wolgemuth as separate artists by the looks other the a series of 4 albums they dont seam to record songs they wright books instead and they co wright them and wright there own and Bobbie Wolgemuth is dead now so i thort that was the best way to do it.
so it end up like this

i got an email from crossway who released the album saying

"Thank you for contacting Crossway. You can put the artist name as Robert Wolgemuth, for he is listed as the “Primary Author” of the CD’s in our internal production pages. I hope this helps. Please let me know if I can be of any further assistance! "