No apology needed, this thread is for anything at all, including ‘on-topic’ MB stuff, for as long as you want to talk about it.

Funny you say that, because I made this thread after me and @IvanDobsky were talking about how everything’s on IRC

I haven’t used IRC in probably close to a decade, and I can’t somehow work out how to get it working properly these days.

What client do you guys use?

I use the web client that’s linked in the MB Contact Us page.

hey, so i’ve had a bit of a problem with a certian artist. does anyone want to look at the recent edits for jazmin bean and chime in? the same editor keeps changing their legal name and they haven’t responded to my requests for a source. i’m not doubting that it’s their legal name, but i just don’t want the info to be incorrect.
https://musicbrainz.org/artist/2bb53341-da20-465a-9eee-06e389ed9fc1/edits

i looked for a little while and the only source i could find for the legal name is wikipedia, which is where this editor is probably getting it from (or if not that, another wikipedia-adjacent website; i found a few references on “wikiwand” and other similar, also unsourced)

Jazmin Bean (born February 7, 2003)[citation needed] is an English singer, songwriter, social media personality, and makeup artist. Based in London, they first gained attention online for their "extreme" makeup looks. They self-released their debut extended play Worldwide Torture in 2019, which was later reissued in 2020 through Interscope Records. Bean's mother, Angie Adams, is a drummer and former member of the punk rock band Fluffy. Their father, Ginger Wildheart, was also in a rock band. The...

and the source that wikipedia editor cited doesn’t seem to mention the name at all (but i don’t speak dutch(?) so maybe it does somewhere, idk)

and it was subsequently removed. i’m super unfamiliar with wikipedia so i don’t know how to see more details

i can’t really chime in on whether wikipedia alone with no other source is enough evidence to add the legal name on musicbrainz, because i don’t know how credible it is. it does definitely seem like a weird thing to lie about so it could definitely be true. but a source should for sure always be linked; i’m not sure why the editor wouldn’t share where they got their information D:

@Freso or @reosarevok could you please have a look at the Jazmin edits and put in some notes/direction?

Edits back and forth between two valued MB editors (@sammyrayy and @justcheckingitout) and would be good to sort it. If you two could please refrain from putting further edits re. the middle name until then I think it would be helpful

kinda on-topic, I guess, but I just added a my first broadcast release

along those same lines, I found the first two hours of MTV on YouTube. haven’t watched it very far in (got to the first Who video so far), but it’s very interesting~ 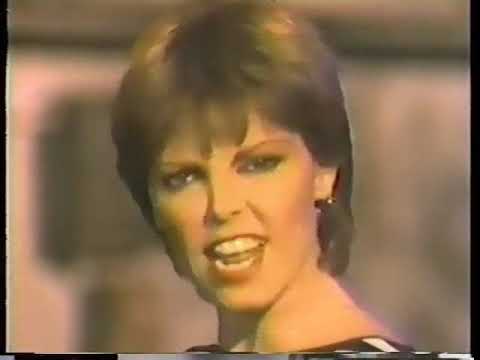 Moved here from How to link to two Discogs pages with annotations? - #5 by jesus2099

I have been reading quite some Discogs bashing recently*, but MusicBrainz, Wikipedia, etc. all websites are full of errors, it’s normal, by nature.

Discogs is really great website to find physical edition details.
Even as a convinced MusicBrainz user, I usually love Discogs and its content!

Discogs is really great website to find physical edition details.
Even as a convinced MusicBrainz user, I usually love Discogs and its content!

Don’t take my Discogs comments as bashing. I contribute to both sites. They just have very different policies. Both are full of great data and it is the mad chasing of strict guidelines that makes both sites great.

I could pick up on MB chasing of mad Grammar and Apostrophe’s if you need me to even things out a bit?

I found the first two hours of MTV on YouTube. haven’t watched it very far in

I watched it a couple months ago.
I believe it is wrong, I wouldn’t use it as a source.

the video description says they edited out a couple videos at the request of some of the owners.

I still think that the “guess case” button should be able to identify and fix this but heyho.

Hmm, i dont really understand how this entry would be any different from this entry:

Video of Video Killed the Radio Star by Buggles
Duration: 03:30

It’s the same “video”, would be different in my opinion if it was the buggles singing it live / performing.

Surely you could just add that annotation to the original entry (above)?

Sometimes videos will have different text overlays showing the title (like on the MTV video, recently posted), sometimes no text at all.
This is how music videos can differ, even for the same music video.

Sometimes videos will have different text overlays showing the title

Isn’t that just like “mastering”. Underneath is the same video recording?

‘back in the day’, the actual videos didn’t have the overlay. The video was the video.
The overlay was made based on who was showing the video. Which is why the same video could be shown on another show/channel and the words would look different.

It would be similar to watching tv. Every show airing on ABC tonight will have the ABC logo in the lower right hand corner. Tomorrow, when it airs on the BBC, it will not say ABC. Next month when it hits Netflix, it will not say ABC.
But it is the same video. ABC just happens to want to ruin our screens via screen burn, so they toss out a overlay during their broadcasts.