Question for the editing script makers. One script I’ve always wanted and never found. Mass change recordings from audio to video. Is there anyway to make a script where you can change all recordings on a medium to videos to make editing DVD Videos quicker so that you don’t have to go to each recording one by one?

change all recordings on a medium to videos

Maybe, it should not always make all recordings videos.
We could have something like check boxes, maybe.

Many musical DVD-Video have the album in 5.1 mix (with a still image), which we don’t always consider video.

And of course it should provide edit note text area as well as Make all edits votable checkbox.
Maybe it would automatically include the medium format and link in the edit note:

Click Raw to install: Mark recordings as video by @loujin

Thanks for the links, @ROpdebee.

Mark recordings as video by @loujin

I haven’t tested it much but it should work

And of course it should provide edit note text area as well as Make all edits votable checkbox.

The “make edits votable” is already here. Adding the release info to the edit note is a good idea, I should do it

It’s great to finally see someone take a stab at this. However, it doesn’t seem to be working very well over here, where only 3/14 checkboxes show up: 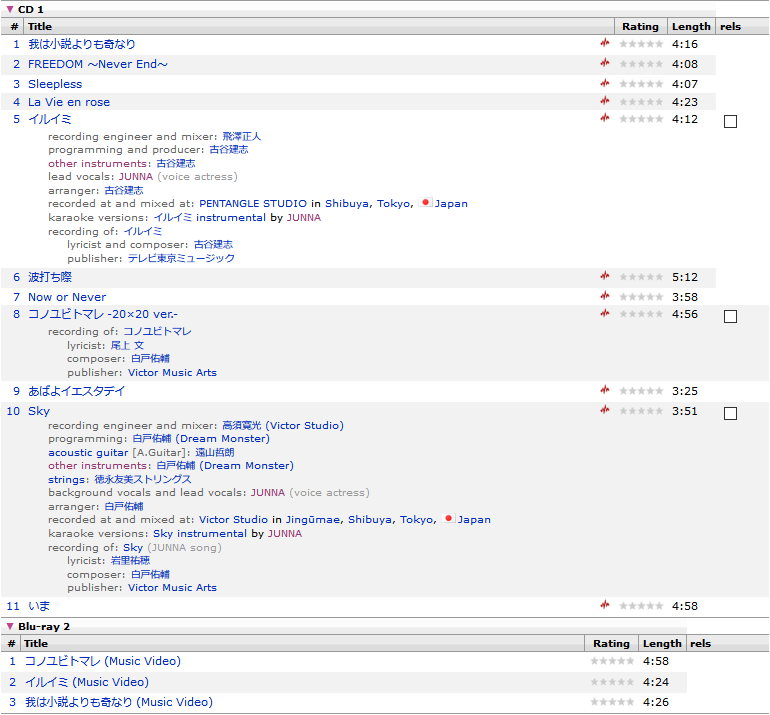 It looks like it fails to provide a checkbox for any Recording that isn’t linked to a Work for most, but not all, of the releases I have tried this on.

However, it doesn’t seem to be working very well

Duh. I copied the behavior of another script where it made sense to hide boxes if works were not linked. Thanks, I’ll fix it tonight

And don’t you think you could get rid of the Show checkboxes button and display checkboxes as soon as one activates the script by clicking the fold out panel?

Could you add style="cursor: pointer;", so we know we can click it that folded section panel?

I did that locally, it is convenient.

Script fixed with @jesus2099’s suggestions, thanks!

’ve got a bug report

Thanks, it should be fixed now