Mirmir: A project that aims to simplify adding track relationships

I’ve been working on a project to strengthen my Ruby on Rails skillset, while also being able to give back to MusicBrainz 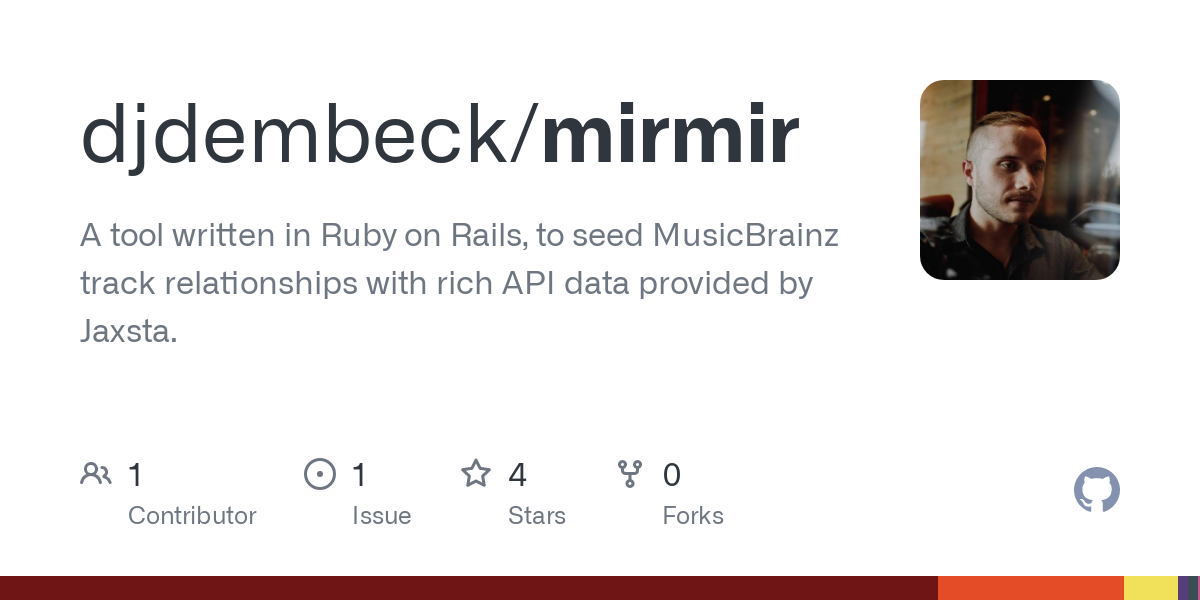 A tool written in Ruby on Rails, to seed MusicBrainz track relationships with rich API data provided by Jaxsta.

Mirmir is a tool that uses Jaxsta data to richly display (and hopefully make easy to use) track-level credits from albums. Right now this is done by asking for release GUID from Jaxsta (eg taking from URL: release/{group}/{release}). Search will be added later. Depending on data availability, things like:

Mirmir (I pronounce it mur-mur which is definitely the wrong way), is a play on the name of the Norse figure known for knowledge and wisdom. I think it’s a fun name

Things are still in very early stages, and I consider this pre-release. Data density is quite hard to manage here, and I am in need of input on the best, most accessible way to present it. I also wrote some wrappers for Tidal and Spotify, before being introduced to Jaxsta, which doesn’t need an API key to access, so it’s a nice choice.

You can see some of the ideas I have for the project in the future here: Stretch goals · GitHub

The current challenge to really automate this or make it a seeder is MusicBrainz has no API for track relationships. I can set up local automation (you run the app from your own computer instead of hosted website), but I feel this isn’t that accessible.

As such, the main convenience of this project (besides parsing data into one page), is to click any credited name, and the name is copied to your clipboard. Not great at all, but one step closer to quickly adding data to MB.

Lastly, here’s a screenshot of the UI as it exists now (very clunky - thankfully UI is easier to edit since data processing is written now):