Is it possible to get a discography completion stat/missing tracks?

I have music from some artists that have a frankly ridiculous amount of releases. I’ve gotten what I think are all of them, but over time and with new releases, I can’t be sure I haven’t missed an EP/Single/Etc. Is it possible to get a list of all releases of an artist, which I don’t have in my library?

There used to be such a feature in old version of MB but it was very limited as a feature, only the equivalent of the release groups were managed.
This ticket would bring that feature to MB:

But for now, until we can have some visual feedback of our collection, I used my userscript that tells me which release group, release, recording, artist are or are not in my collection(s): 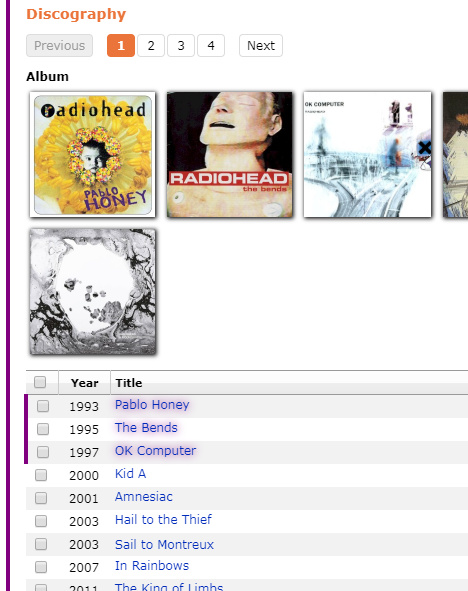 Here I can see the albums I have, they have that purple highlight.

Here I can see that in that other edition, there is a recording that I don’t have in my edition.

It’s called COLLECTION HIGHLIGHTER.
There is a very old HOW TO on that obsolete version page.

Sorry @rdswift, @gremious, I had to remove and rewrite my post to update obsolete link to userscripts-mirror.
I replaced this now insecure link by a safe archive of the original userscripts page.
It’s impossible to edit a post after some time.
I turned this new post into a Wiki, so I can later update it, now.