First time editing, did I do these right?

This is regarding a videogame soundtrack, Ikaruga, and derivatives of it. Here are all my edits. Let me know if I messed anything up!

First, I made a page for the vinyl release:

I don’t recall doing this myself, but I guess it automatically merged it into this group based on the composer and name (should these be separate?):

I made this Work page for the game, and made pages for each individual song:

I made this album page for/associated the songs to these albums, so that each track lists which song it covers from the Work page above, and added them as Covers of the Release Group page for the game:

I think that’s all so far. A lot of work!

@CyberSkull might have some more feedback for you, but looks good to me.

(should these be separate?)

Different versions of the same release (e.g. releases containing the same recordings, including bonus tracks etc) should be together so this is correct.

Is this also correct? I feel like I made a duplicate page, and only vaguely understand the difference. Same game, but Release Group lets me add it as a Cover for arrangement albums. I guess individual songs should go under Work? Or maybe it should just be a Work page. Man this is confusing.

Release group = a specific album release and all revisions of it?
Work = The album in general, and all covers/arrangements of it? So I should move all those Release Group relationships to the Work page? Not sure if it’ll let me though.

@CyberSkull might have some more feedback for you, but looks good to me.

There should be 3 different LP releases here, one for each of the variations. Since the titles are localized in English, the credits should be romanized too.

I’ve gone and made another:

And here is the white vinyl:

In the next field you can type in another name to use.

Release “MIKURUGA” by ミクルガの人 & 初音ミク - MusicBrainz looks good. I’ve added some arranger relations and added the event. Normally the “covers” relationship isn’t used much, but it looks fine here because it seems the whole soundtrack is covered.

Release “FMM Chapter 4 斑鳩” by Future Mad Maximum - MusicBrainz has a few problems. The track list copied over is the English translation, not the original Japanese. This is easily fixable by pasting on the Japanese listing from VGMdb. Click on the “Japanese” tab and then copy the text to MB. Alternately, you could just make another entry with the correct track listing.

Unless there is a release to add to Release group “DoDonPachi Daioujou” by 並木学 - MusicBrainz, it should be deleted.

I’ve put in edits to remove Release group “DoDonPachi Daioujou” by 並木学 - MusicBrainz since there isn’t actually a release to put in it.

Hmm. Is there no way then for me to look at the original game and see all albums that are derived from it without clicking on the individual song and hoping that they’re properly tagged, then? Or should I move all those albums to the Work page?

I mostly just wanted people to look at the FMM/etc. arrangement albums and know that they’re a cover of DDP DOJ. Technically that does have a release, but it was included in a compilation album with another game (Ketsui). There was also this release that I forgot about. Could this be added as the release, or would I need to make a separate release group page for it? 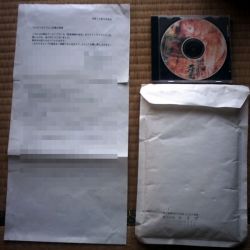 Hmm. Is there no way then for me to look at the original game and see all albums that are derived from it without clicking on the individual song and hoping that they’re properly tagged, then? Or should I move all those albums to the Work page?

There isn’t the way that VGMdb does unfortunately. Currently, the equivalent functionality of VGMdb’s product page is split between the works themselves and manually edited series.

I mostly just wanted people to look at the FMM/etc. arrangement albums and know that they’re a cover of DDP DOJ. Technically that does have a release, but it was included in a compilation album with another game (Ketsui). There was also this release that I forgot about. Could this be added as the release, or would I need to make a separate release group page for it?

I’ve gone and added that release to the aforementioned release group and am going to withdraw a few of the deletions.

All right, I think I get it more or less. Thanks.
Edit: Oh, one last thing. Are Works that only exist as gamerips allowed? I don’t want to add the gamerip itself, but the existence of the music in the game so that it shows up in credits, etc. My example would be this game, but VGMRips isn’t working right now. I saw a thread from a few years ago that linked this Unreal gamerip, but it doesn’t look like a conclusion was ever reached. This one has a sound test with the names in English.

I don’t want to add the gamerip itself

You can def. add a gamerip. There are two ways it can go (this might have been what the discussion you were referring to was about, I am just going to speak with authority so nobody feels like arguing

If the contents of the release you’re adding exactly represent what’s on the medium (often because it’s a CD release and the music is readily accessible in the files), you can do an official release with the game release date and scans of the box and all that jazz.

If the files have to be ripped from the gameplay or some other wizardry, then it’s a bootleg. Unfortunately you usually have no cover, no release date, etc, for web bootlegs.

You can add both in a release group so you will always have the correct ‘original date’ tag. Also check out the Sonic the Hedgehog series for a lot of ‘empty’ releases that were added so that the musicians can be credited (aw that editor left

If cyberskull says not I guess not… but wanted to add that MB has tags, collections and series you can use as well, in a pinch.

Edit: wow, vgmrips looks cool! Definitely add it as a bootleg, and it even gives you the dates (I would use the date of the last edit)

So redbook audio (music that’s on the CD itself, plays like a CD player during the game) is good to go. If I add the contents of a sound test menu (which usually don’t have a definitive length either, since they loop endlessly), or anything from gamerips like VGMRips, HCS64, etc., add it as a bootleg. Seems straightforward, thanks.

So for game rip bootlegs what I usually end up doing is adding each rip as it’s own release & group to differentiate the game-rip from the official soundtrack release. I also add the disambiguation comment as well (“game-rip bootleg” on the group, and “ripper-name game-rip bootleg” on the release and recordings). I do this so that it is clear that these are a separate audio source from the normal soundtracks and soundtrack bootlegs (which are just copies of the soundtrack albums, often made in Taiwan).

Here’s a game-rip. I didn’t add it, but I did add comments to differentiate it from the main release:

For game rips, the date of the posting of wherever it was published is the release date, not the original game release date.

Is there a way to add a Composer to a song without making a work page for every single song? For example:

How should I add Y. Sawamura as the composer for the first song that’s arranged by Wiz.? I want to keep Wiz. as the primary artist. I don’t see a Composer option in the dropdown menu for Artist.

Generally MB wants composers attached to works and nothing else. This lets works collect recordings to see what the performances of the work are and centralizes the data so any updates/corrections get propagated to all recordings using the work.

To elaborate further, to add a work to Recording “地球戦士ライーザ -PC-9801-86 Plus MIX version-” by Wiz. - MusicBrainz you would need to identify what song(s) from the game are being arranged here, then click on the “← Add related work →” button.

Sometimes it isn’t possible to add the work because there isn’t enough information about what was arranged. That is always frustrating.

Often what I do is I get a soundtrack from VGMdb, enter it into MB, then use that to create the soundtrack work and songs that I can then add to the arrangement album. Other times I get the credits for the works from other specialist websites/wikis.

without making a work page for every single song

No, but it’s probably for the best (though annoying and complicated no doubt). As CyberSkull hints at, you don’t really want to have to add this info to ten recordings some day.

Have you seen the ‘batch-create new works’ button on this page?

There are a bunch of useful userscrips here that I use all the time:

GitHub - murdos/musicbrainz-userscripts: Collection of userscripts for...

In addition to the importers, “Batch-add "performance of” relationships” is very useful as well.

Thanks. I’ve more or less gotten used to editing. The most time consuming part will be finding and making Work pages for the songs that all these doujinshi artists are covering.

The soundtrack type for works is only for the work that represents the production, not for the songs themselves.