sorry if this is a duplicate, but I tried so search the forum for this and couldn’t find anything.

The problem is that every once in a while, I stumble upon fake/spam/bad artists like this one. My question of course is: what can I do to delete or at least report such an artist?

Amazingly enough, this one actually exists. So we should probably keep it. Sure, it’s not music as such, but it’s definitely “officially released” audio.

For spam/fake releases that don’t exist at all, you should remove the releases (once the artist is empty it’ll be auto-removed eventually).

All right, removing the releases it is then (for other artists of course). Thanks for the answer!

In addition to @reosarevok’s comment, I would also like people coming across editors having only added “spam”/non-eligble entries to “report” them. I don’t think I’ll take any action towards them now, but it might be someone we will want to look at at some point in the (distant…) future—if we already have them reported, they’ll likely be more easily found than if we have to dig them up.

Other releases seem to have origins like torrents or downloads - and are not found elsewhere.

We accept bootlegs, including digital bootlegs, if they’re ‘notable’ (whatever that means), so this is a bit of grey area.
So if I could please caution editors against automatically voting no just because the source is an online bootleg. Also let’s be careful to encourage editors to be honest with their source - I would rather have some very sloppy bootleg compilations in the database, that we can identify as such, than a bunch of releases someone has lied and added as ‘in hand’ or similar, that will never be identified.

Ok. Many thanks for giving your reasonable point of view.

Side Note: HibiscusKazeneko located one of the releases in question in a note added to https://musicbrainz.org/edit/42080258. Let’s see if that will also happen to other “hard to find VA releases” …

I recently came upon two similar artists, both by subscribing to major artists who were “featured”. Then again, we usually allow crediting artists without their consent as long as the release actually exists.

The artist KHarless added a release featuring Troye Sivan. I tried to contact him and got half a reply. The release is already removed by @stupidname who seems to have done some cleanup. The artist definitely has a few actual releases, but I’m thinking that at some point it seems like a lot of work to go through all of the releases to keep a mostly fake artist. Some more context can be found in the “label’s” edit history on Discogs.

Do you think it would be alright to just delete KHarless? He has a lot of releases that could exist, but I sure don’t feel like going through all of them to find out, and its more wrong to have false releases in the databases than not to have true ones. One alternative could be to remove all releases not currently available on iTunes, though its still a bit annoying to have to go through something like 20 releases to do that. This option leaves a possibility to comment on each edit with proof of existence.

The artist Jessica Butterfield seems easier to just delete, since I couldn’t find any proof whatsoever for her existing. Tried to contact two weeks ago. For some reason all releases are actually entered as pseudo-releases, and reverse image search reveals that the covers seem to be based on cropped pictures of the model Barbara Palvin. She also claims to have been involved with the featured Niall Horan.

Can Jessica Butterfield be safely removed? I’ll leave a note on her latest edit directing her here, in case she would like to respond.

I actually found it quite fascinating to see that this is a recurring phenomenon. I suppose it’s supposed to make them look like established artists for fun or promotion.

Posting here, since it seems like the most appropriate thread.

The following artist is not in fact an artist at all, but a Japanese anime production/merchandising company. I couldn’t find any information in the guidelines about whether or not this is allowed, but I thought I would post it in the forum in case any moderators know what to do with it:

If that is the actual credit for design, that’s probably the best we can do right now…

Hipgnosis is probably the most famous one.

If that is the actual credit for design, that’s probably the best we can do right now…

It is. The credit in question is from this release: There is a credit in the lower right corner of this scan that reads “イラスト (illustration): NAS”: 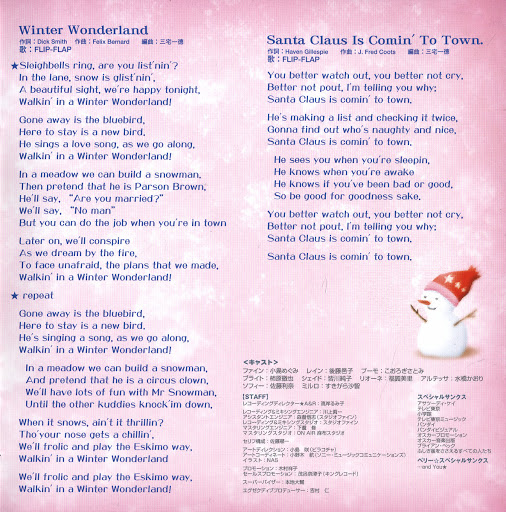 Okay, awesome, thank you for all your help!