Can we add fan-made bootlegs that only have releases on YouTube or in video game mods?

I was wondering if fan-made bootlegs/edits/remixes were out of scope for MusicBrainz or not. Here is one such release I am talking about: 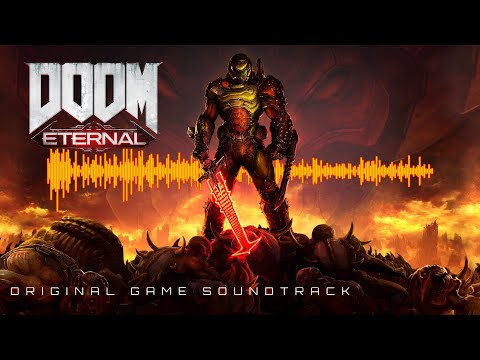 If it’s allowed, would it be added under the artist “the_kovic” or would it go under Mick Gordon and labeled as bootleg?

I’m far from an expert on this, but for the Doom Eternal case, it seems like it might hinge on how transformative the version on YouTube is, i.e. whether it’s just a reordering of the tracks from the official release or something more.

This is from the video’s description:

This is a pet project of mine. I was annoyed by the track listing of the official version which put the songs in random order and I was also annoyed by the mixing of some of the tracks (Super Gore Nest being the biggest offender). I set to do something about it, reordering the tracks to tell the game’s story in musical form (as was the case with DOOM 2016’s OST), smoothing out the transitions and even re-mixing some tracks completely (examples include Super Gore Nest or Armored Response Coalition), re-doing the stitches and cutting out ballast. Hopefully, my changes met my goal to improve the pacing and make a more dynamic, logical and pleasant experience.

There’s also a comment from the uploader with further details:

Basically, there were two things that bothered me about the official release: mixing and ordering. The 2016 soundtrack told the story of the game in musical form. It was divided into chapters which began with an excerpt from the Slayer’s Testament and the tracks were laid out in chronological order (with a few liberties). Eternal’s soundtrack on the other hand, is ordered seemingly randomly.

I therefore set out to rectify this. I replayed the game with every sounds other than music off and carefully listened to the motifs and matched them with songs from the soundtrack. I then made a rough ordering and then tried to have it make sense in the larger picture. Having the songs just end with a fade out (like many of those mixed by Mossholder do!) is kinda lame, especially when some tracks are thematically connected (a good example is “A Slayer City” and “Meathook” - “A Slayer City” being essentially a prelude to “Meathook”). So I edited nearly all the tracks to make them link to each other as seemlessly as I was able to.

This brings me to the second point and that’s mixing which is, to say it mildly, not perfect in the official release. The biggest offender imo is “Super Gore Nest”, or to be more precise, “Slayer Gore”. This track contains the music which plays in game in level Super Gore Nest as a build up to the “shredding” music which we know as the “Super Gore Nest” track. In the official OST, this track is incredibly long, it’s 4 minutes of buildup with no payoff. For my version, I trimmed it down, added a drop and seemlessly continued into “Super Gore Nest” proper. Another example would include the tracks “Armored Response Coalition” and “The Baron of Hell” which are actually two slightly different alterations of the same musical motif, including 90 seconds of music which is literally identical. So what I did, is I identified the point of convergence and combined the two tracks into a single, longer track which is, in my opinion, more satisfying. A final example of the changes I did would be in the track “Final Sin”, mixed by Chad Mossholder, which includes the brass piece which you can hear when the Icon of Sin collapses. However, the same piece is also included in the track “Icon of Sin” which was mixed by Mick Gordon. It makes no sense to have the same motif play twice within the space of 40 seconds, so I removed the duplicate from the Chad track and used the Mick version (which is slightly higher quality) and then had the rest of the “Final Sin” track emerge from that.

), but from comparing the track listings, it looks like the YouTube video might drop about 10 of the tracks from the official release and shorten many of the remaining ones. I would guess that you’d want to create new recordings for the YouTube versions of the tracks, with “edit of” relationships pointing to the corresponding official recordings and “compiler” (or maybe “DJ-mixer”?) relationships to “the_kovic”.

(Tangentially, I just learned that there’s a recent controversy about the official soundtrack release.)

We were just talking about Doom Eternal and all its fan edits on Discord! A hot topic again with all the current drama, that derat has mentioned.

I would also add this as a bootleg release into the official release group - the Doom Eternal soundtrack has so many ‘fix’ versions that it would be really useful to get them into the database. Particularly as some incorrect AcoustID’s are being added to the official soundtrack recordings, presumably from these bootlegs.

I would have the album/track artists as Mick Gordon, take out Chad Mossholder credits, and credit the fan/bootlegger as the arranger. Potentially as a co-artist if they did a lot of editing, but I’d lean towards not.

Thanks for the help guys. I have added the album, but I am unsure where to add the_kovic as the “arranger”. I would also appreciate if you could look over what I added and let me know how I did and if anything else should be changed/updated. Thanks!

To set the_kovic as arranger:

I know it sounds like a hassle but once you’ve done it once you’re good to go with adding any relationships! It’s pretty quick.

I made some other small changes: