Can someone give these albums i added a look over

One thing i need some to check /fix is the caps, iv used the auto fix but i’m not sure if it got all of them. And can someone check the back covers and make sure there is nothing i missed as with these ones that would not be hard some had more than one date so i went with the latest as no company would add a date in the future. past they would but not future

Praise 9: Great Are You, Lord (This is a 1999 compilation of two albums called Praise Nine and Praise Strings Nine)

I had a quick look to the 2nd release:

ok thought so was following the cover i’ll fix that up tomorrow night as i need to go to bedad have work in the morning. thanks for spotting the spelling mistake it was a copy paste it slipped thru due to at a quick glance looking almost the same. if you or anyone else spot anything else just leave me a note here and ill fix it up after work tomorrow

I’ll do the full OCD on these shortly and update this post with a few notes. I’ll also add a few edits if I see where I can help.

For example, as these are compilations are the original releases already here in the MB DB? If yes, there is an “Release Group Includes” relationship we can use to link the compilation to the original Releases.

Some of them you can move your caps changes to the recording:

Titles:
Can’t see the comma on the cover or on the back of ‘Great Are You , Lord’, or on the Spotify page, should maybe be taken out.
Double Praise, looks like it has a subtitle, based on the scans. So maybe ‘Double Praise: Compact Disc Number Nine’, with the : put in

release by The Maranatha! Singers, 1987

as for the songs with the / i don’t know if they are 2 or one songs. i need to did in to that some more have to do that when i get home

The more I look at these, the more I wonder if really they maybe all should be merged into the Praise 9 Release Group. I don’t think these are really “compilations”. Is the Praise 9 CD released as an instrumental only version somewhere? OR are these three CDs really just Praise 9 with extra bonus tracks added?

From looking at this page: https://www.christianbook.com/maranatha-singers/praise-9-great-are-you-lord/7016108848/pd/CD6060?event=ESRCG I think that all FOUR of these are the same Release Group. And the full title should be Praise 9: Great Are You, Lord

What we have here is something that was originally released in 1987 as 13 tracks. (Including the Reel to Reel version)

Then repacked in 1988 with extra instrumental versions to fill up some of the space on the CD. It has then had the cover changed a few times over the years.

Now I look into the Maranatha! Singers page I see this pattern is going on a lot in there… I am about to dive in and hit a few edits \ mergers of Release Groups. These are not Compilations, these are extended albums. 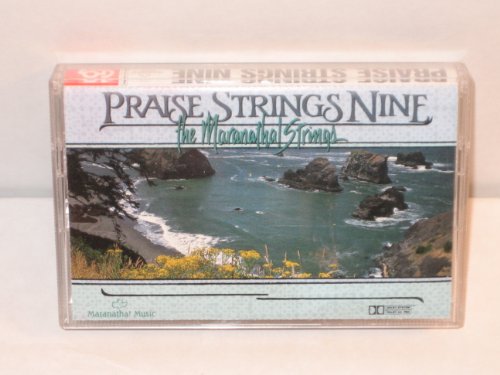