i was getting bothered by the missing info on the albums under the artist Integrity Music that is not an artist but a label so i won’t to fix the few that are in it up so i may be able to look at removing it or something.

Don Moen - Trust In The Lord Live Worship With Don Moen - Experience The...

Question 3. this album and this one album are different release right due to the front cover even tho the rest of it is the same

Question 4. are the artists the Soloist shown on discogs

I did half look, but first reaction was “don’t know”.

I’ll try and focus a bit more for you. Detective hat on.

Qu1: I would keep the full name for the Series as this is what it says: “Integrity Music’s Scripture Memory Songs”. Though I would NOT add that to the Release titles as they have their own shorter titles.

Qu2: Just “God’s Grace”. Then link it to the series. In this situation I especially focus on how they use the short two word title on the rear cover. The graphic artist is focusing on the real title.

It is part of a series, but that isn’t part of the title. (As can be seen clearly on the CDs in the following question)

Qu3: This is tricky. When looking at the edit history of Discogs it is clear that the cover was uploaded separately to the rest of the images. There is a slight change on that cover between the image at Discogs and the one on Ebay. Hard to know if the original editor at Discogs has uploaded a real front cover or sourced an image from elsewhere.

Do you own this? Is your copy like EBay? If I was adding it, then I would just add my copy. I distrust that cover at Discogs.

Aha! Search Ebay more and you will see Discogs has mixed TWO separate releases. The REAR covers are also different. Most releases on EBay use the Ebay cover you found above, and the rear images from Discogs.

But look at this one: 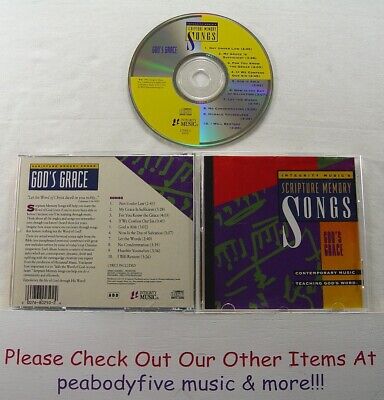 That is showing the Discogs front cover and a DIFFERENT rear cover. Notice the box around the title.

So there are two copies, same barcode. Discogs is misleading here as they have mixed the two releases.

Using EBay in the search is really useful here. I don’t do that enough. Interesting idea.

Qu4: Now I am not really sure. This is done as a group project, so Spotify have some logic to how they have titled it. The Soloists are just one person who has stepped forward in the group to sing. I guess this is choral music? So they are really known by a group name for the choir. This is where you add the soloists into the Relationships as a Lead Vocal.

Not really sure about No 4. I’d want to look more as to how the other releases are crediting the artists.

thanks you have given me something to work toward when i was looking on ebay i did not see that other album some times 2 eyes are beter then one. and no i dont own it. and i contacted the guy that uploaded it and he no longer has it

album some times 2 eyes are beter then one

I know what you mean. When you are deep in a subject you don’t always see the little things.

I have an eye for detail. So spotted that different cover. I was about to say “ignore the rogue” as I thought it was not going to be an actual cover. Then spotted that one on EBay.

Personally I would just focus on the common copy and add that to MB. But this means sourcing a better front cover than the rogue one at Discogs.

Not really sure about No 4. I’d want to look more as to how the other releases are crediting the artists.

when i listen to the songs you can here the Soloists sining and at different points in the songs there are others that sing a few words then stop. from what i can gather they get singers to come in and sing a few songs when they wont to release an album the sings are not

It sounds like you already have a good idea on these. I doubt it will confuse anyone if you credit that soloist as the track artist.