It there a Script to force Single Song mp3 to go to Artist folder rather than having it throwing in Various Artist CD Folder with the Wrong tags??

There was many times in the past I only ripped one or two songs off a cd because hard drive space issues. Now when sorting them Because (everything is CAPITALIZED EVEN THE TAGS) due to idiot program I used, some while back, and it froze so I could not undue it. 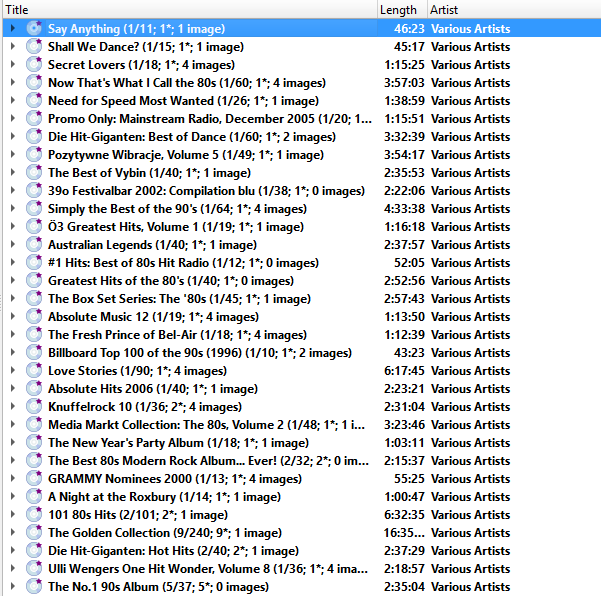 Or is there a way I can fix Letter casing and tags with out looking up the info where is take complete ripped cds and removing 1-3 song and adding it to greatest hits cd…( I know I can drag and drop in the scan right side section but that is a lot.

I still have thousands of Artist and average 2-6 cds under each to go through.

Sorry I just Realized when Googling that mp3tag had case option on it.

So All I have left to do it try to keep the artist songs in the CD folder than some being extracted out to Greatest Hit of artist and Various Artist as shown above in folder.

By default this will be saved with the album tag set to “[non-album tracks]”. You can customize this in Options > Metadata. If you want to store these tracks with a different folder structure you have to use the scripting for this.

E.g. the following very simple script would store Artist/Album/Title for files matched to releases, but only Artist/Title for standalone recordings:

$ne is the not-equal function, so the album folder gets only created if %album% is not “[non-album tracks]”.