Is artist merch a valid release? What is the format?

hello! i just added a release of a taylor swift snowglobe, and i’m wondering if it really counts as a release. the release in question is here:

normally i wouldn’t add merchandise as a release, but this snowglobe has a switch on the bottom that, when turned on, plays her song “willow” in full length, which makes me think it belongs in musicbrainz. my main issue is the format. i looked through all the formats and nothing really seems to fit, but i’m not exactly sure how it’s played, so it could just be one of the other formats inside? should we add a “music box” format for releases like this, since it’s pretty similar to one?

edit: i’ve also just added another snowglobe she released, and i know of at least one more that plays music but i don’t want to add too many yet

I would say that “other” (along with an annotation, as you have done) seems like a reasonable format choice.

I hope the answer is “No.” I know MB’s mission statement paints a pretty wide-open picture of what they want MB to be, but is this really within the scope? Are we going to see Big Mouth Billy Bass next? 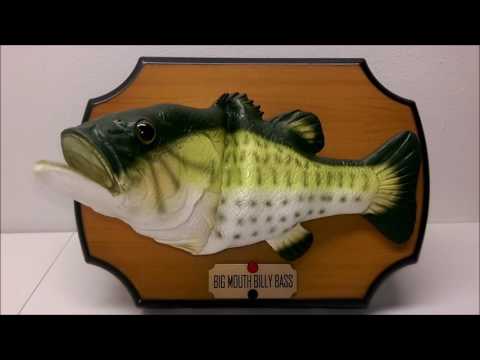 Are we going to see Big Mouth Billy Bass next?

There’s a fun rabbit hole of YouTube videos of people hacking them to distort the audio. A real underwater (underground) music scene

I mean, we already have gummy skulls…I don’t see any issue with adding these as releases, but I don’t think we need a dedicated format unless/until musical snowglobes become hugely popular.

Are we going to see Big Mouth Billy Bass next?

i wouldn’t add a product like this, i think releases like these should only be added for actual established artists. taylor swift is much different from big mouth billy bass.

it’s not a release of his song though, and it would have to be a seperate character artist in musicbrainz. i think that’s where the line would be imo, because the releases i added have an existing release group with other formats, but as far as i know, that does not.

I mean, we already have gummy skulls

i had no idea this existed and now i will think about it every day.

I mean, we already have gummy skulls

Yes, there wasn’t really a format question in that case. The point is just that, like the snowglobe, it’s arguably more of a merchandising item, and only secondarily a music release - but still a release nonetheless.

And also Bobby McFerrin’s “Don’t Worry, Be Happy” (edited versions of both, I presume)…so if someone did want to add Big Mouth Billy Bass to MB I guess it would be as a Various Artists compilation.

And also Bobby McFerrin’s “Don’t Worry, Be Happy” (edited versions of both, I presume)…

If only there was a database where we could look up and store interesting musical information!

A friend just mentioned his daughter had a toothbrush that played a Miley Cyrus song until you were meant to stop brushing. Apparently it sounded awesome because it sounded like it was in your head. They’re must be heaps of that stuff… uh oh

A friend just mentioned his daughter had a toothbrush that played a Miley Cyrus song until you were meant to stop brushing.

omg i literally had this toothbrush haha. i used to put it in my mouth & open and close it so it made like a “wawawawawa” sound. thank you for unlocking this memory

on a more on-topic note, I agree that all the “releases” above belong in MusicBrainz. I’ve personally been taking what it says on our about page to heart:

As an encyclopedia and as a community, MusicBrainz exists only to collect as much information about music as we can. We do not discriminate or prefer one “type” of music over another, and we try to collect information about as many different types of music as possible. Whether it is published or unpublished, popular or fringe, western or non-western, human or non-human — we want it all in MusicBrainz.

May the lord have mercy on my soul:

FYI all, I and @IvanDobsky have been digging about a bit to find credits for the Big Mouth Billy Bass covers, if anyone else is a pro at this kind of thing get in stuck in!