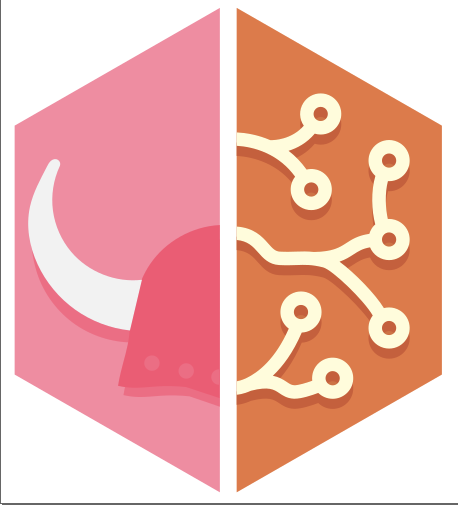 In recent years MusicBrainz has had major problems with spammers abusing it to direct search engines to their websites. During the 2017 summit in Barcelona we discussed possible mitigation techniques and @yvanzo has already started work on the spam ninja system to allow community moderators to handle reported spam.

SpamBrainz is intended to plug into the existing report system, scan all new account creations and edits and automatically report them if it considers them to be spam. The spam ninjas will then either accept or decline the report and feedback is sent back to SpamBrainz to improve the detection process.

In the future once SpamBrainz reaches a high enough accuracy, it could also be used to automatically remove spam. It should also be somewhat easily extendable to handle other MeB projects.

SpamBrainz will be a seperate, Python-based service with direct read-only access to the live MusicBrainz database and an authenticated REST API for the edit and user IDs to be scanned to be submitted to. This will run on a Flask web server.

On the MusicBrainz side of things a MB cron job is run every 10-30 minutes which submits all the entries created since the last run to SpamBrainz’ API.

SpamBrainz will then calculate the spam scores (more on that below) and create reports either as ModBot or a seperate SpamBrainz user. Whether these reports will be directly written to the DB à la ModBot or a new MB API endpoint has to be created has still to be decided.

Upon a ninja’s action, the Spam Ninja system will then send a binary feedback to the SB API to further train the system. 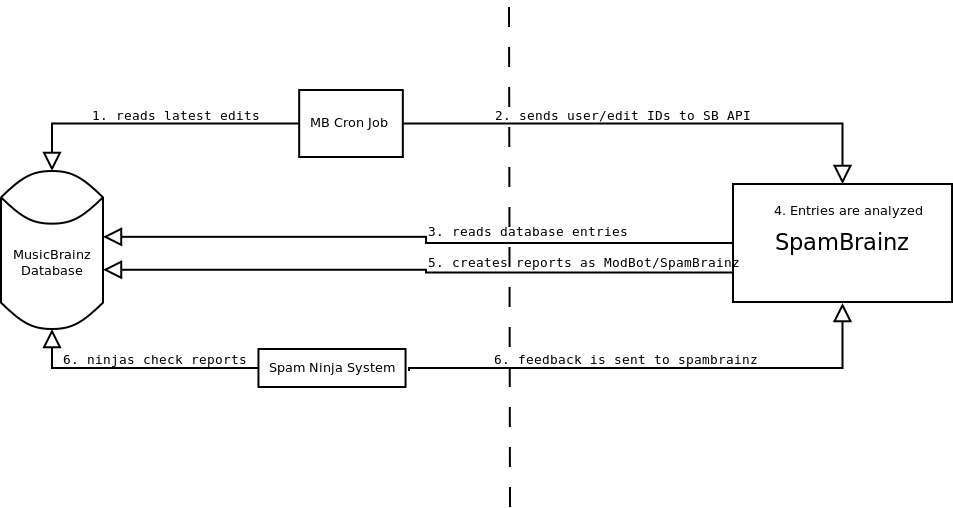 With SpamBrainz being a completely new project a significant part of this project will be designing the service and the API. Most importantly though I will have to figure out what methods work best for detecting the kind of spam MusicBrainz is dealing with, especially considering we don’t have text-only spam but linked entities which makes the process more difficult but can also provide data.

SpamBrainz should be designed in a modular fashion to allow testing different detection systems and even chaining them to improve accuracy. The initial system is going to be a handcrafted heuristic system that will rely on additional data points like the user’s edit history, their email provider, whether they’ve interacted with the community before and running submitted URLs against a list of known spam domains.

In order to make the system trainable, a module based on machine learning is required. To do this, I will build and train a neural network using Keras with a TensorFlow backend.
The network will first be trained offline on batches from a dump of collected spam data and known good data (a somewhat random selection of legitimate editors, including newer ones) allowing me to tweak the network layout and hyperparameters (optimizer, learning rate, etc.). Once I’m happy with the network’s performance it will be moved to the SpamBrainz production server and further trained online or incrementally using spam ninja feedback as the classifier.

The potential problem with this is that while this should reduce the Type 1 error (i.e. false positives), additional training with known good data might be required to also reduce the Type 2 error (false negatives). This could be implemented by either automatically submitting known good data from certain editors or manually having the spam ninjas do it.

The deleted spam data doesn’t inherently require a seperate database. Using hidden tables, it can stay part of the MB database but not be part of the regular data dumps, although a seperate dumping script to generate a usable dataset for offline learning should be considered in this case (user emails have to be removed from that dump).

The final result of the whole detection process will be a score from 0-100 indicating SpamBrainz’ certainty that this is in fact a spam edit/user. The threshold for which reports are created should also be easily changable, possibly as part of the spam ninja interface.

SpamBrainz also needs to have extensive monitoring (with integration into the existing Grafana) to see the long-term performance differences and to allow fast reactions to new spam techniques.

Seeing as I’ve never built anything on this scale from the ground up, I had some trouble coming up with a concrete timeline but I tried to come up with estimates for the tasks involved in the project.

Detailed information about yourself

Thank you, it is pretty extensive, and the timeline is decent. A few extra questions:

How will text fields be handled among other data points?
There are different systems for representing text in neural networks, word2vec is one that might work well enough here as we don’t necessarily need to preserve syntax information.

I’m planning to do online learning with the spam ninja feedback as the classifier, although I might have to look into also training more known-good entries online.

May URL filtering based on third-party blacklists be used as an additional data point?
Definitely, in fact I suggested that in the second paragraph of SpamBrainz Internals.

I’d like to design SpamBrainz in such a way that we can easily plug in additional modules like that, whether their results will be plainly added to the final score or if they’ll end up as an input to the neural network is not something I’m sure of though.

Here’s an explanation and evaluation of the first production-ready SpamBrainz model: Lodbrok Evaluation

Seeing as SpamBrainz is somewhat viking-themed I’ve decided to name it after one.