Now you’ve seen that, it cannot be unseen and it will bug you just like me FOR ALL ETERNITY!

Anyways, I wondered if anybody knows of a plug-in or any trick to get featured artists from the brackets in track titles to be added to the contributing artists field instead?
It just makes it easier to have all artists in absolute A-Z if MP3 files are loose and named - for DJ browsing, or maybe it’s just me.
It’s not the end of the world if that’s not possible but I do find myself changing that manually a lot so I’d love to know if there’s a faster way (unless it needs a degree in physics to understand). XD

If you find tracks in the MusicBrainz database that still have the featured artist included in the track title, the correct thing to do is to edit the release and move those to proper artist credits (e.g. using the “Guess featured artists from track titles” button). These tracks are leftovers from before MusicBrainz had proper support for multiple artists per track.

Oh in that case, no worries… Just wasn’t sure if I’d be stepping on toes to do that. Thanks!

If you want to do it properly remember to check things like the back cover for releases that you’re editing, the modern style guide wants the exact join phrase (feat., ft., vs., and, etc.) that is used on the source tracklist, whereas the old style guide before the introduction of multiple artists per track mandated the use of feat. no matter what was printed

Now you’ve seen that, it cannot be unseen

But now you just have me thinking of collaborations I want to see. Nine Yards ft. Inch or Silver Metre ft. The Inches

But now you just have me thinking of collaborations I want to see. Nine Yards ft. Inch or Silver Metre ft. The Inches

And what happens to “Little Feat?”

There’s a collaboration for you: “Little Feat feat. feat. Esserelà.”

Not mine. But I see no harm in crediting things the way they appear on a release.

any trick to get featured artists from the brackets in track titles to be added to the contributing artists field instead?

This can be done with scripting. Here is a script that puts featuring from artist to title, it could be adapted to do it the other way:

It does not work because this track list uses “ft.”, but the plugin expects “feat.”. I think there are two solutions for you: Activate the "Standardize featuring plugin. This will replace both “X ft. Y” and “X featuring Y” with “X feat. Y”. With this enabled the “Feat. Artists in Titles” plugins will work in this case again. Use a script. The functionality of the “Featuring Artists in Titles” plugin can be replicated with the following script: $set(_feat_title,$rsearch(%artist%,\\s+\\\(…

put mistakes into the database deliberately

Standardising everything has its own problems, as you can imagine.

But in any case it’s a happy ending because you can press a button to make ‘ft./featuring/feat’ all turn into ‘feat.’ But if you put all those into the database as ‘feat.’ to begin with, there would be no way to press a button and change them back to how they’re printed. So this is a path of minimum data loss and maximum flexibility, which is great for everyone imo.

Even if there are obvious typos there?
I’ve got a release on Piranha Records where it actually says PIRANHA RECRODS on the logo itself. Quite how that went to press I have no idea. LOL

Well, I can imagine that from a collector’s point of view, having a different release WITH the typo is worth having in any given database

We do fix typos/‘mistakes’ in MB

Unfortunately using ft. instead of feat. isn’t a typo! It’s quite a good example of where we leave ‘artist intent’ even if we don’t like it

Fair enough. I’ve got done for bringing this up so it must be a sore point with somebody in the moderators team. No idea.

Most likely that R word used in the hidden post is what upset them. They don’t understand British slang\humour and get a bit strict about how words are used. I’ve also had run-ins with “the powers that be” various misunderstandings based around language.

So act as if you are talking to your Gran and you’ll upset them less.

Besides us Americans, who often get accused of not understanding British humour, there are many posters for whom English is a second (or third or fourth…) language. So you might also want to imagine your Gran isn’t a native English speaker.

I’m not sure disabled people in the UK would appreciate it either?

Yeah I didn’t mean it to come across ableist. I myself am aspergic and a proud R. Americans I’ve met have got a bit of a culture shock when visiting when they hear us flinging cusses and blasphemy like it’s nothing.

Apologies to anybody I offended with my flippancy! 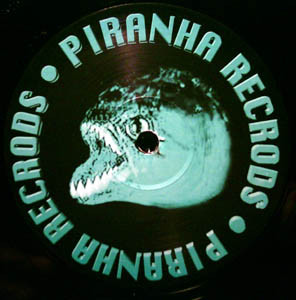 It’s even the first thing you see on their Discogs which is a pity… Jonny L is one of the best underground producers of the 1990s IMO… I don’t think this catalogue has yet been digitally released at all still, and some of these were corkers… Piranha Records Label | Releases | Discogs

I myself am aspergic

I think many of us on here are… what sane person would spend hours on the details of cataloguing music?

Oh that is brilliant. I just got the joke in the word play. Piranaha’s Wreck Rods. That ain’t no typo. That’s just a clever remix of the words.