I’ve been having problems with people going behind me and changing album titles that have (). For example, someone changed the album title to the following:
Xanadu (from the original motion picture soundtrack)
(https://musicbrainz.org/release/b03283e6-96ff-4e4e-94da-cec55dab3578)

The correct capitalization should be: Xanadu (From the Motion Picture Soundtrack)
Someone is applying sentence rules to music titles. Music title case has 6 basic rules:

Capitalize All Other Parts of Speech

Only one exception to these rules is for artistic reasons by the artist (i.e. all lower/upper case).

I am not sure if someone is using a script to do this but this needs to stop.

For what it’s worth, the MusicBrainz guideline for English is here:

And the general one for titles here:

I expect the other user considers this extra title information instead of part of the title.

Xanadu (From the Motion Picture Soundtrack)

Treat it as a subtitle and you avoid the clash of styles. A common way MB does soundtrack titles like this. See other examples in the same RG.

I expect the other user considers this extra title information instead of part of the title.

Even that is not correct…music title case applies to song titles too. That is another thing that has been irking me.

The OP is correct on the capitalization, but I’m with Ivan on this. I would not have entered the title using parentheses. “From the Original Motion Picture Soundtrack” is a subtitle, so should be added with a colon, per guidelines.

“From the Original Motion Picture Soundtrack” is a subtitle, so should be added with a colon, per guidelines.

After checking the cover to make sure the parentheses are not as printed, agreed.

I would generally agree with using subtitle style, but this is a digital release and it is tagged with the parentheses, not the subtitle style so it isn’t obvious.

actually, I think even though it’s in stores and streaming with parentheses, I think it should follow the subtitle style. if it were something like “(Deluxe Edition)”, I’d leave the parentheses, but “(Music From the Motion Picture)” is a subtitle, not Extra Title Information.

for clarity’s sake, from the title guidelines linked above, Extra Title Information is:

Additional information on a release or track name that is not part of its main title, but intended to distinguish it from different releases or tracks with the same main title (such as version/remix names or live recording info)…

What if the subtitle is put in parentheses by the artist themself?

ETI guidelines are to always use lowercase.

So? Digital release still use what’s on the cover art, not what a store list it as.

in that case, we should favor the artist’s intent; in the Bandcamp description, they use the parentheses for the release name

I generally follow Bandcamp releases’ capitalization, especially if it’s the artist posting the release rather than a label or a compilation. at least, moreso than Spotify, Apple Music, and the like…

If it is a subtitle and it is in parenthesis on the cover art, than it remains in parenthesis with normal capitalization, not all lowercase. This is because it actually is using subtitle guidelines in which parenthesis happens to be the “other punctuation” so no need to use a colon.

What if the subtitle is put in parentheses by the artist themself? 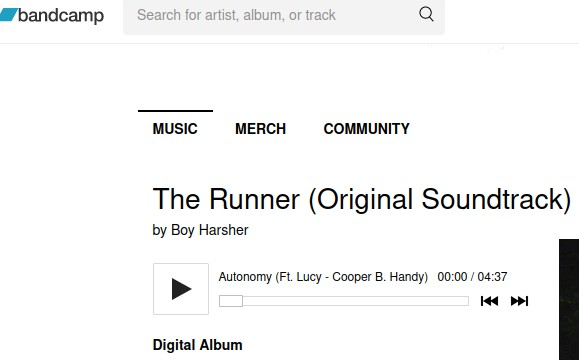 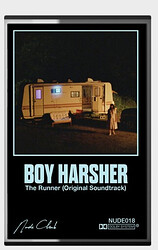 Use a colon ( : ) to separate any subtitles. If there is an alternative dividing punctuation mark such as the question mark (?) or exclamation point (!), use that mark instead of the colon.

with stuff like bandcamp i tend to disagree that the coverart should be the main source. the coverart is bound by things like what looks best or what characters fonts have, and is often made by a graphic designer separate from the artist. the bandcamp titles are directly from the artist’s “mouth”, and i think they should take priority.

In the case of artist-centric services like Bandcamp, the cover art may have been created by the artist, or by a designer, but wouldn’t the artist be buying off on the cover art either way? Would we know which ones are artist-created and which are designer-created? If the release is uploaded to Bandcamp by the Label rather than the artist, then the Bandcamp title may not be from the artist’s “mouth” either.

With that many unknowns, I don’t think we should make an exception to the guideline.

Digital release still use what’s on the cover art

Do we have a guideline for this somewhere?

I don’t do this anymore. I used to, but over time it’s become apparent that I’m reinventing the wheel when I change it just on MB. When the title is the same on every storefront, last.fm, player etc, except for on MB it doesn’t seem like an improvement. Just confusing. Streaming platforms in particular seem to have more or less settled on brackets for a subtitle.

I think rules for standardising things are great when there’s confusion or it’s not clear (e.g. subtitles on a printed cover) but they’re troublesome when something already has a clear name. Like on most digital releases.

someone changed the album title to the following

It can be productive to leave nice edit notes directly. And there’s an informal MB courtesy re. linking people affected to related forum discussions. Everyone just wants to improve the database so we want everyone to see the discussion

For what it’s worth, I agree that this is more a part of a title than ETI. With a bit of bias because I think it looks ugly when so much of the title is lower case…

With that many unknowns, I don’t think we should make an exception to the guideline.

honestly, i don’t know which guideline you’re referring to. i’ve never seen a guideline that we should always 100% default to what’s on the coverart. and if there is one, it was created with physical releases in mind, where the intended title was not typed by the artist a few inches to the left.

I was referring to the Title guideline that I both quoted and linked to earlier, but I didn’t say that “we should always 100% default to what’s on the cover art.” Since I started editing here, the advice I’ve been given has been that the cover art is the primary source of information, but can be overridden in favor of artist intent, if there is good evidence for it. The questions I raised express my doubts that the Bandcamp titles are sufficient evidence to conclude artist intent, especially when there is cover art available.