When is "name & name" a group, and when are they two separate artists who collaborate?

Let me take a example:

Is there some rules or guidelines to decide what is right?

generally, if there’s links that need to be added, like socials or an official homepage, that’s a good reason to have a collaboration artist. less so for stuff like Spotify pages, but might still be a reason.

the fact that Wikipedia calls them an artist is a sign for that too. (actually, this page covers all 4 MusicBrainz artists you linked…)

Jaa9 & OnklP is a Norwegian rapping duo made up of Jaa9 (real name Johnny Engdal Silseth) and OnklP (real name Pål Tøien). Both are members of the Norwegian rap collective Dirty Oppland. The duo were discovered by Poppa Lars (real name Lars Sandness) and "Jørg-1" (real name Jørgen Nordeng) in Tungtvann and invited them to in the autumn of 2002 to participate in a track on their Feast EP. The duo has released several music albums jointly. In October 2003, Jaa9 & OnklP released the album, Bondegra...

beyond that, it might just be a matter of feeling…

that said, since 3 of the 4 artists have individual socials and 2 of them have websites (the two groups), I believe these artists are entered correctly~

I generally look at how they present themselves. Simon and Garfunkel usually booked gigs as a pair, and release multiple albums as a pair. And their “band name” therefore is those three words “Simon and Garfunkel” instead of “The Sifunks” or whatever.

But mostly I’ll look at how the artist presents themselves. How do they list their own biographies. How do the fans treat them

There is no hard and fast rule as there are always exceptions and overlaps. 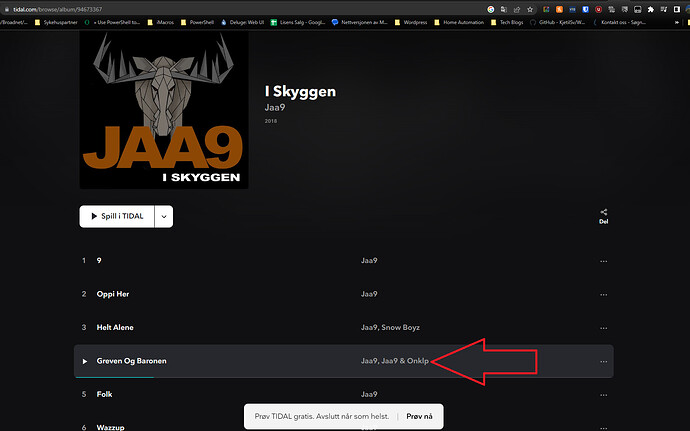 I would credit it just as it appears, to both the solo artist and the duo artist