What do YOU want in ListenBrainz?

Hi @Lotheric, the app has a basic support for submitting listens but it has been tested only lightly. You can enable it from the settings inside the app.

In theory, it should work with all applications but different music players handle it differently so you can test if it works with the player of your choice correctly. If it doesn’t, you can report it and I’ll take a look into it.

The complete details of this deserve a post of its own. I’ll open a ticket and write up a community post as soon as possible to explain the scrobbling features of the app.

Feedback and feature requests are much appreciated!

The new daily activity chart is very cool but is that mouse over effect really intentional? I think it would be much better without the flickering colours!

is that mouse over effect really intentional?

Forgot to reply here, but the mouseover effect was removed a few weeks ago because of this feedback.

How long does it take for the stats and graphs to appear after the last.fm import?

Hi, we currently update the stats on Tuesday and Friday every week. We are working on increasing the frequency of updates so that the stats are updated everyday.

This really is great, finally I can immediately get rid of accidentally submitted listens.

I also noticed that there is love / unlove functionality now, but there seems to be no API yet. Is this coming?

I noticed one thing: If you delete a listen imported from Spotify it comes back with the next Spotify refresh. Could this be avoided?

thanks for this feature!

Yeah, that’s a bug. will open a ticket and see what we can do about it.

I know there aren’t many contributors but here are my ideas that you may or may not implement in the future:

But thank you for all the work you’ve put into the site till now!

I noticed one thing: If you delete a listen imported from Spotify it comes back with the next Spotify refresh. Could this be avoided?

We’ve deployed a fix for this.

At the moment what I most wanted was that listenbrainz could import from a file the entire listening history of the spotify, because Spotify has a tool that can export the reproduction history from up to one year ago (or more if you ask the spotify support). And congratulations to those who are developing the project, I’m really enjoying Listenbrainz, it’s getting better and better!

One thing I do often on last.fm: Click on a song to see how many times I’ve scrobbled it.

marlonob created a multi‐source seeder for digital releases. As a Deezer subscriber I had already wondered at last.fm that streaming via Spotify (instead of YouTube) was suddenly possible. With ListenBrainz it is the same.

It would be great if I as a Deezer subscriber (and I’m sure this applies to the Tidal-hipsters as well) would have the possibility to play songs, albums and recommendations right here from Deezer API and similar by Tidal, Napster,… So I would be very grateful if you could add alternatives to Spotify (like Deezer) in the future. Maybe with the help from marlonob’s tool. Thanks a lot.

Basically all features and functionality of Last.fm and Libre.fm (Libre.fm doesn’t really have much functionality though, however, its song statistics per day is missing both here and on Last.fm). I would like to see priority for editing the song title, artist field and album field of songs already submitted (and whatever other meta-data that ListenBrainz uses), and also bulk edit is important too for scrobbles that have all fields identical (along with editing scrobbles; bulk edit is a Last.fm Pro feature). One thing Last.fm doesn’t allow us is to edit the casing; I would like to do that here. I’m very picky about proper titles, like, say, Total Eclipse of the Heart, not Total Eclipse Of The Heart (and it’s very annoying that I can’t fix this with various song titles on Last.fm). Anyway we can’t edit casing on Last.fm and I don’t want to see the same issue with that here. Album artist field seems to be missing here on ListenBrainz, or at least the foobar2000 ListenBrainz extension (Windows version) doesn’t pick up the album artist field from what I can tell, correct me if I’m wrong. Album artist is useful for sorting. For example, if I listen to 2Pac featuring Outlawz, I usually set 2Pac as the album artist, you know, that sort of stuff.

Anyway, on Last.fm if I scrobble a song wich I’ve tagged with multiple artists (say, 2Pac, Outlawz), Last.fm reads that as one artist and the linked page becomes one artist, like this: 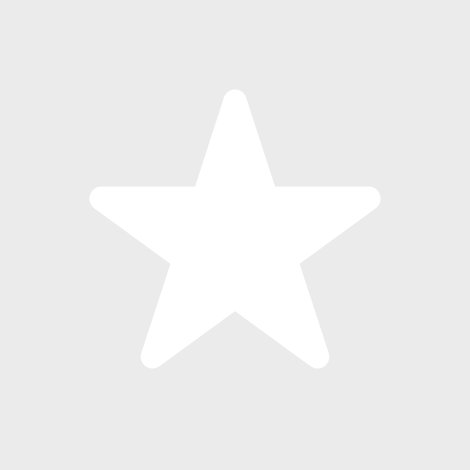 I think it would be great if ListenBrainz could detect and categorize multiple artists.

Importing scrobbles from Last.fm to ListenBrainz often fails over some API inconsistency, and around 50 to 100 scrobbles are usually missing (from my 170,000+ scrobbles), though sometimes it happens after a few hours of trying over and over again, that it finally works and all scrobbles are imported. It would be great if this could be solved so that we only have to do it once, and it would also cut down the load on your servers I guess, but I realize this is not really an issue on your end, but rather an issue with Last.fm’s API.

Another thing, very useful, if you decide to implement this, that is, if you implement all features of Last.fm, is that every artist, album and track, should have unique number/text. So for example, if someone listens to 2Pac, Outlawz - Hit 'Em Up and someone else scrobbles the same song as 2Pac - Hit 'Em Up, it should be possible by the user community to identify these two differently named songs as one and the same song by its unique code/number. That way, we could get accurate statistics and of how compatible our music taste is between users, because you know, a lot of people scrobble the exact same songs taken from different albums (original studio album, greatest hits and various other compilation albums, like best of the 90s vol. 1, greatest hits of the 90s or whatever). And sometimes artists change their artist name, for example, 2Pac changed his to Makaveli, so if both 2Pac and Makaveli shared the same unique code/number, people scrobbling 2Pac and Makaveli wouldn’t count as two different artists. MetaBrainz already does this with the MusicBrainz database, that every song and artist and so on, are grouped after a unique URL identification, for example:

Recording of Hit ’em Up by 2Pac feat. The Outlawz

I think this last one is a necessity, because having used Last.fm almost ten years now, I can only say that Last.fm is a complete disorganized mess. There are countless of different track pages and artist pages and album pages based on how people tag the songs and artists they listen to. This would simplify things by a great deal, in that this album and that song and this artist always have this and that unique URL numbers/letters, and if someone scrobbles the same song with a slightly different title (for example, Hit Em Up instead of Hit 'Em Up), it would still be grouped as the same song based on the same unique URL letters/numbers.

Oh and yeah, I think I forgot this one in my wall of text: music taste compatibility between users. This is like the coolest aspect of Last.fm and I’d very much like to see it here as well. It’s fun comparing one’s taste with other users. I realize implementing all these features and functionality means a lot of work for you guys, but hey, you’re the code monkeys and not me

Anyway, keep up the great work!

Pretty much everything you’d ever need to know about the ListenBrainz component is in the readme. But no one ever reads those, do they?

So yes, it does send album artist tags. And no they are not recognised by LB because they have never standardised how they would want/use them.

I wanted to change my current username on MusicBrainz, but that’s not possible at this moment.

Now I’m stuck with this account and even after an export I’m not being able to import it back to the new account I’ve just created.

I’ve exported my old database with the older account (this one I’m using) into a JSON file. But I’m not quite sure what to do with it, since there are no tools to import it back, even on MusicBrainz itself!

So, I was trying to find a way to import the JSON db I exported on the old account to Last.fm, but no luck. I found an algorithm for that, but didn’t try it out because I’m not a programmer or coder, just a normal user.

So, what do you say? Is there a way to import the JSON db file back into the new account I’ve just created or will I have to wait until you make a solution?

I really wanted to keep using ListenBrainz, but I can’t keep using it under my older username. It’s deprecated now. Otherwise, you could put an option on the account settings to change the current username and email. That’s all I ask.

PS: I couldn’t even change the username and email aliases here on Discourse forums either. Please find a way for that.