Objective is to merge Recordings credited to Cab Calloway only with the reviewed ones from other entities (& Orchestra, Cotton Club, Cab Jivers).
This is first batch with only the “easy” cases:

Would be grateful for voting or approval of some edits for this Bach release (see open edits), which seems to be a combination of three previous releases (two of which seem to be in MB) into one 7-CD release.

As you can see from this conversation it was added a bit wrongly by a beginner editor, who added a new release with only 2 of the CDs into an existing release group.

I’ve added the other CDs, assuming I know which recordings have been re-used for the John Passion because they have exactly the same performers, and like the Mass in B minor recordings are also released by Philips Digital Classics.

I’ve also added a new release group as this is a 3-in-1 release (see also style guidelines).

should there be an own artist entry for CAVS? should it all be capslocked?

The Manor is being untangled.

Someone has made a performs as link to the special artist Various Artists. I’ve undone it, but need the votes…

6 posts were split to a new topic: How to remove relationship from Various Artists?

The problem is that they have different number of mediums. These two edits are cleaning it up:

Could someone have a look? Thanks in advance.

Can I have some eyes/votes on this edit? The Disc ID in question was added back in 2006 and got copied over when NGS took effect.

Long story short: I managed to get my hands on a second copy of こころたび -Lose PIANO Selection- with full booklet. I inspected the credits on the cover and booklet, and realized the last time I maintained the release, had screwed up and accidentally tagged credits with the corresponding vocalists that only participated in the concert that this release corresponds to instead of the actual credit of the CD. Looks like the CD is more of a group work, and should just be credited with Lose.

Please refer to these snapshots of the covers: 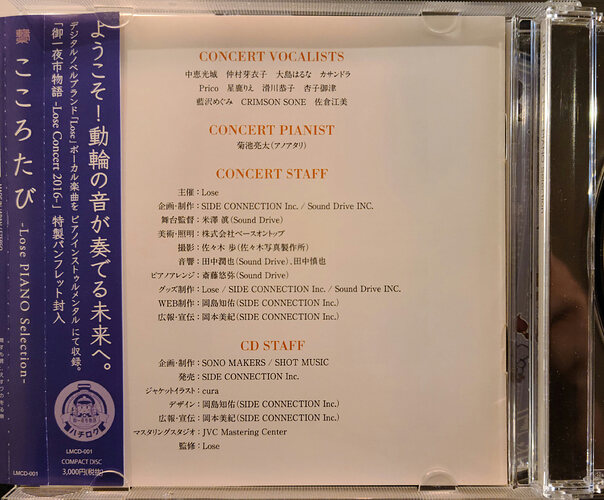 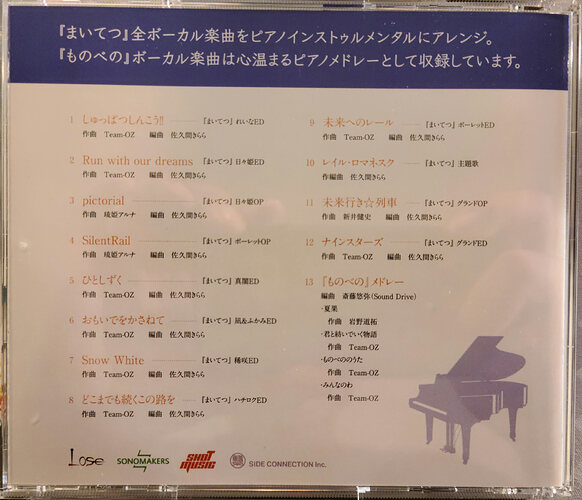 Can we approve this. It doesn’t let me edit the artist while the the two links exist.

As a follow-up, I realized that three more releases (all Chinese versions) also need to be updated:

These edits were based on the back cover of the release which an official scan has been uploaded to the cover art section of the corresponding releases.

I’d like some looks at this one, especially by people familiar with CAA darkened policies and how MB handles them. It’s another one of the Garth Brooks cover art situations. See:
Edit #81962105 - MusicBrainz

I added this release but screwed up the formatting. I’m adding it again, but I need someone to approve this deletion. https://musicbrainz.org/edit/81964407

No, we have a collection type specifically for this

If you’re not already aware, there’s an ongoing discussion about this:

What to do about Big 'N MusicBrainz

While searching for another artist of the same name, I came across which lead me to . The ‘official website’ listed on the event is in a foreign language, so I can’t really tell what it is all about. But, every artist I opened were all similar to Big 'N - no data other than being added to a list of shows someone attended and maybe a blank setlist.fm page.

Ideally, by adding more data. If not possible (here there seems to be a ton of artists) then just let them be auto-removed and they can be re-added if anyone has a legit use for them later

then just let them be auto-removed

as mentioned in that thread - some artists won’t be auto removed because they have a setlist.fm link. But that link won’t help us any, because it is also empty.

some artists won’t be auto removed because they have a setlist.fm

I think Reo is just talking about the event in question. Re. artists I personally don’t think they should be removed at all (apart from automatically), as they are real, even if the event isn’t