In certain instances, there is an official release of a video game’s soundtrack on CD / digital. Often, there will also be community-produced bootleg version made using reverse-engineered game assets on the internet.

Does it make sense to group them all under the same release group, by game of origin? It’s not unreasonable that one title’s soundtrack might have multiple re-releases, like for instance Streets of Rage. 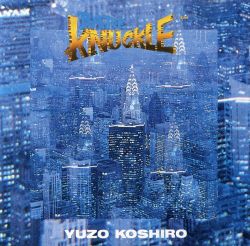 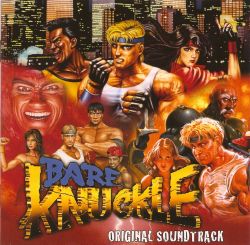 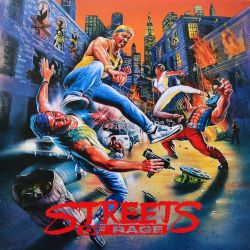 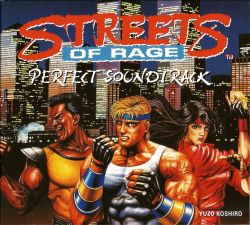 VMGdb has another entity called Product that can be devlined as Franchise and Game (at least).

Sometimes I am just about to create our equivalent here with Series.

Maybe someone like @CyberSkull already started this kind of stuff.

But the inconvenient of our game Series of Release groups is that we could only link release groups to it, not works, not events, etc.

My thoughts on @Mobes’ question: It really depends on how different they are. Almost all those ones you linked should almost certainly be in the same release group: Same track names and order, presumably the same music.

The Bare Knuckle compilation is probably its own compilation release group, as it has tracks from other games as well? It depends on if you see those extra tracks as ‘bonus’ material, or important enough to be its own release.

Some games have about 10 related release groups (OST, image album, orchestral album, tribute album, etc.).
For those, like FINAL FANTASY, having everything linked to the Franchise, instead of Games, would be too much of an unordered mess.

Currently we also have tags.
Whichever the system, should tributes or other unofficial stuff be linked or not…

Hah, that’s sloppy on my part.

I pick Streets of Rage by random and quickly looked up some examples, and having the compilation undercut what I was trying to say. Of course the compilation would not be part of the release group.

Generally, I’ve been trying to fill out “Work” entries with game’s soundtracks. So hierarchy would be

So any recordings of any game soundtrack release are based on the individual works. “Recordings” become a weird concept when, essentially, encountering music in a game is a new performance every time.

Grouping game soundtracks together in a release group despite different releases over time… like the Streets of Rage example I made pretty badly… makes sense then.

Here’s me putting this into action:

https://www.musicbrainz.org/series/86d65955-a4af-4f2a-8f92-2106665ae872
This catalogues all the releases of the game music from the franchise Super Smash Bros., which you will linked as a series relationship.

I wouldn’t put those in the same release group. The track listings are way too dissimilar.

I guess this is what I’m testing, and trying to find an answer to here.

Release groups group different editions of the same “album”.
For games I would say that an official soundtrack release would be a separate RG from a game rip, but a game rip of a “complete edition” or “deluxe edition” would be the same RG. Just like a “40th anniversary edition” of a classic rock album is in the same RG as the original.

My rule of thumb for when to group releases is, “Would the release substitute for another in the group” (assuming a casual collector). That is to say, if you wanted to get “the soundtrack for Streets of Rage” you should be able to get any one of the releases in the release group, and be satisfied that you have that thing. You might not have every single bit of music that appeared in the game, and you might not have the exact same version of a track as some other release in the group, but they are generally equivalent. Obviously to the more enthusiastic fan they might want to get every release in an RG so as to have the “complete” set of tracks, but as an approximation it works pretty well.

Specifically for the case of game soundtrack rips, having the original game usually does not substitute. There are a few exceptions: for example, Quake and Grand Theft Auto where the disc game itself contains CD audio and therefore is the soundtrack. Some games on Steam include the soundtrack within the game download; I’d count this as “part of the game”.

Thanks for all of your responses. I’ve cancelled the merge that I was proposing above. I have a better sense for release groups, I think.

Let’s break this down. There are soundtracks, covers, bootlegs, and game-rip bootlegs.

For the Streets of Rage examples above there are what looks like several different captures of the music on different hardware so in this case you will see more release groups for the official soundtracks because they can’t all be said to be the same source recordings.

Game-rip bootlegs should never be grouped with the official soundtracks because they are sourced differently than those recordings and may have different processing and other differences to the recordings. Generally these recordings are kept separate and have a disambiguation comment noting that it is a game-rip bootleg.

Are there any guidelines for including Game rip bootlegs? Often times there is no standard track listing since the order and name just depends on the person doing the ripping. For example, Diablo 2 can have all of its unedited music ripped from the game files but inevitably everyone who rips it has a different track order and names them based on the missions in different ways. Do we then just add whatever we judge to be most commonly available?

If it is a rip based on the game files it’s a bit tricky… file name, most common fan name, an official name from another release… I think you can just go with what makes the most sense to you (usually the most common). Hopefully we will eventually have alternate tracklistings where we can just store all the variants on one release.

If the ‘rip’ is a bit more than just copying audio files out of a game download directory, for instance the music needs to be recorded from the game itself using software, or they have been edited, I would use the titles that the rip came with.

Yeah that does make sense. Thank you.

I’ve listed the ripper as the recording engineer before on some game-rips.

Recording engineer relationship (ex-recorded by relationship) is for recording the music performance into data, not to just copy (rip) this recorded data from A to B:

Renaming "recorded by" to "recording engineer"?

[…] because people don’t realize that’s what “recorded by” should be used for (“This describes an engineer responsible for committing the performance to tape. This can be as complex as setting up the microphones, amplifiers, and recording devices, or as simple as pressing the ‘record’ button on a 4-track.”)

Maybe you could use the release-artist compiler relationship, but I’m not sure we should start considering ripping as artistry.