I want to enter the release “Koanashi EP” by Trashbat (Dubstep) into the database. While doing some research, I found that there are two versions of this release each with different ISRCs per track and one version has multiple release dates. Style guidelines around digital media are a bit thin and it looks like there are multiple opinions on how to add those to MB, so I want to ask beforehand about how other editors would enter this release. 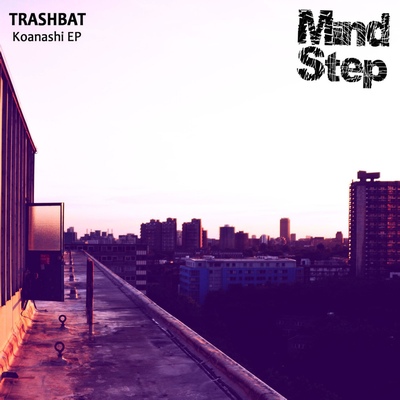 Listening to both versions on Deezer, they seem identical audio-wise. Normally, I would split this into three releases: one for the 4 track version, and two for the 5 track version as I generally add digital releases as [worldwide], but since this version has two release dates and I can only one [worldwide] release event per release I have to enter a new release.

What I’m unsure about are the differing ISRCs—do I keep separate recordings between both versions, or do I merge recordings (as they seem identical audio-wise) and add multiple ISRCs per recording? Would you add multiple releases for the 5 track version due to the Deezer release date, or would you disregard it as inaccurate, as it looks like from other sources that this was released on 2013-03-04?

I personally wouldn’t add the 5 track version twice. It has GB isrcs and different barcode to the US release. Difficult to say why the deezer release date is nearly a month earlier than iTunes etc. Its maybe that deezer had a pre release date.

What I’m unsure about are the differing ISRCs—do I keep separate recordings between both versions, or do I merge recordings (as they seem identical audio-wise) and add multiple ISRCs per recording?

If the audio is the same they should be merged.

Thanks for the feedback. I’ll submit this as two releases and merge the recordings.

Huh, you’re right. However, atisket still shows 2013-02-14… I’ll discard this release date and treat it as an anomaly.

Just for completeness’ sake, here is the result.

This looks correct to me. Recordings can have multiple ISRCs, so don’t worry about that in future.

Generally, when there is an identical release on multiple sites and one has a earlier release date, I just use the earliest date for the release event in MB. In my head I think of it like a shop that might get stock of a physical release earlier or later than another shop. Creating separate releases purely based on dates seems excessive to me (I appreciate you probably disagree with this). Maybe adding it to the release notes would be a reasonable compromise?

The odd thing here is that the Deezer website shows the 2013-03-04 release date, the same as every other place. Only atisket (presumably via the Deezer API) shows the February date, so I’m not sure about the discrepancy. I don’t know how the Deezer API works to be able to tell if this is legit or a bug on Deezer’s end.

I’ve added a few more releases by this artist and there was no other release which had an earlier release date on Deezer. Based on this and the above, I’d just ignore this date for now.

BTW, this is the first time I’ve seen atisket disagree with the date on the Deezer site.

My assumption was that the Deezer API just gave you a structured view of the data consumed by the user frontend, but this seems to indicate that it’s not as straightforward as that.

BTW, this is the first time I’ve seen atisket disagree with the date on the Deezer site.

Yes this is the first time I remember seeing it and I’ve imported a lot of releases from Deezer, using either my userscript or atisket (both of which retrieve data via the API).