How to use Load as a non album track

I installed the plug and it shows up with the green check mark, but it doesn’t show up when right-clicking files pop-up>plug ins. How do you actually use the “Load as a non album track” plug in?

You need to right click on the track of a loaded album, and then that track will get loaded as a standalone recoding / non-album track.

The fields in the record box show an album name field even though I right click a loaded file. Looking at the source code in the py file, the function is supposed to delete these fields.

Not sure we are talking about the same

So if you have a release loaded with files matches, then in the context menu of a track / file you select Plugins → Load as non-album track… 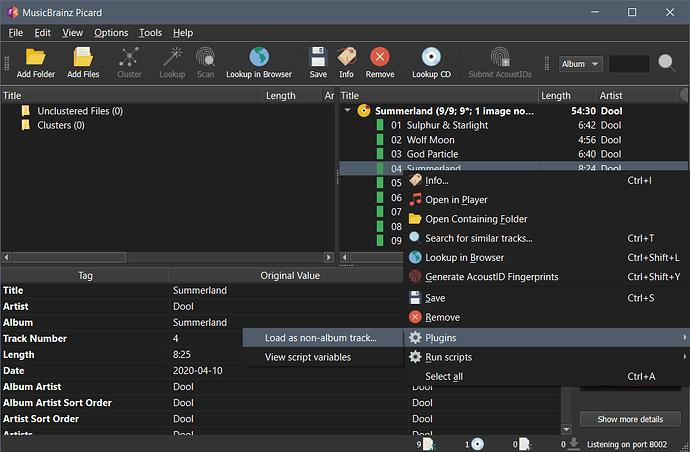 Then you will get this: 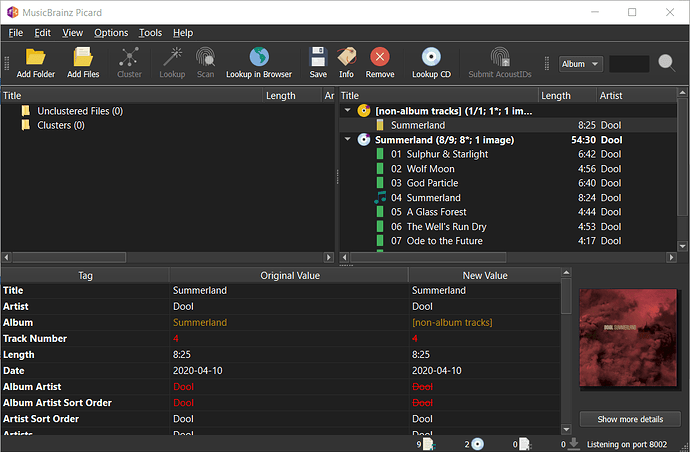 The track’s recording gets loaded standalone and the files attached to it get moved over. It also marks some tags that make only sense in the album context as deleted, e.g. album artist and track no.

The album tag is not supposed to be removed by the plugin. By default Picard fills this with “[non-album tracks]”. You can customize this string in Options > Metadata.

If you want to completely remove the album tag for non-album tracks add a script like this in Options > Scripting: