So I can see two of my tracks need to be renamed (add the instrumental version bit to it).
My issue is with the two tracks showing the Beamed note (♫).
When I put the cursor on the first one, 02 - Another won (instrumental version), it does not show the path to the file at the bottom as you can see here: 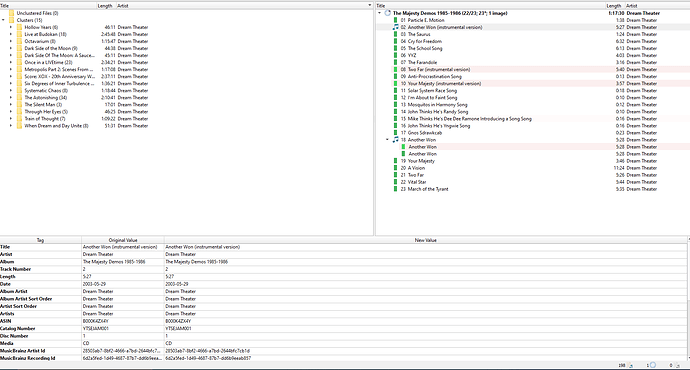 On the second Beamed note, there are two rows that show two tracks named Another Won.
Cursor on first one shows the file/track named 2 - Another Won (instrumental version). 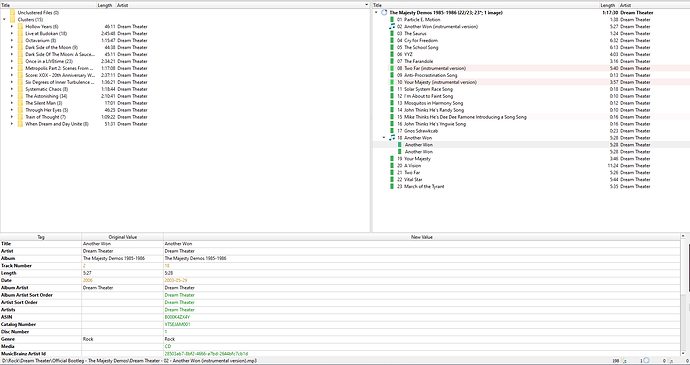 Cursor on second one shows the file/track named 18 - Another Won: 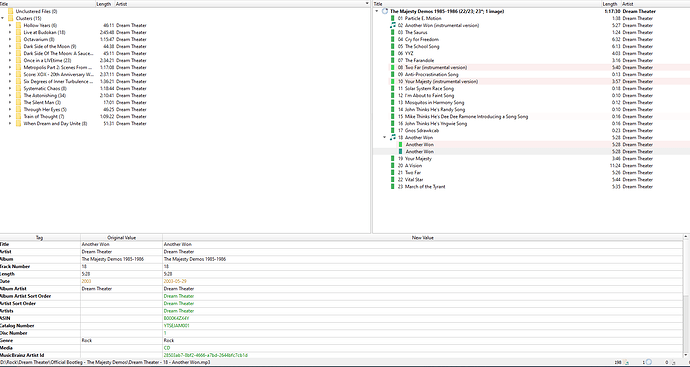 What is the issue here and how do I solve it?

The note means no file is attached to the track. As your screenshot shows the file for the instrumental was also matched to track 18. Drag the file back to track 2 and all should be good.

Oh wow, that was so simple!
Thanks

However, when I save it, it shows this: 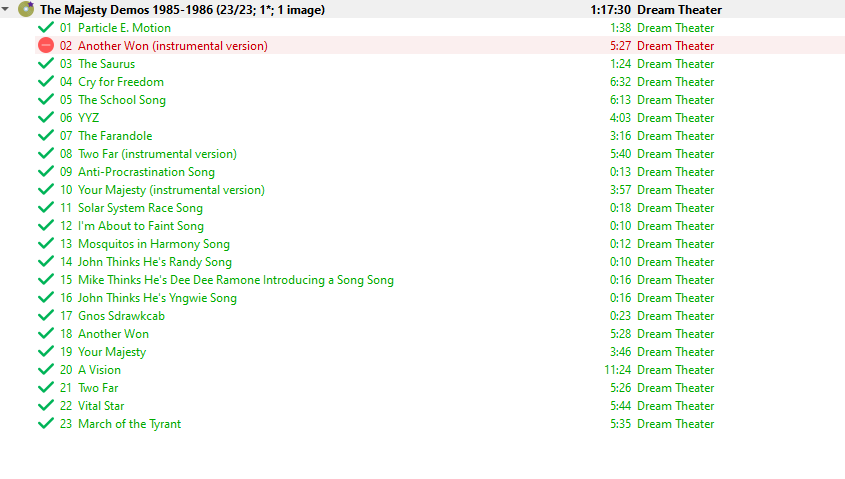 For an explanation of what the symbols mean, you might want to check out the Picard User Guide.

Ok thanks for that.
Everything cool now.